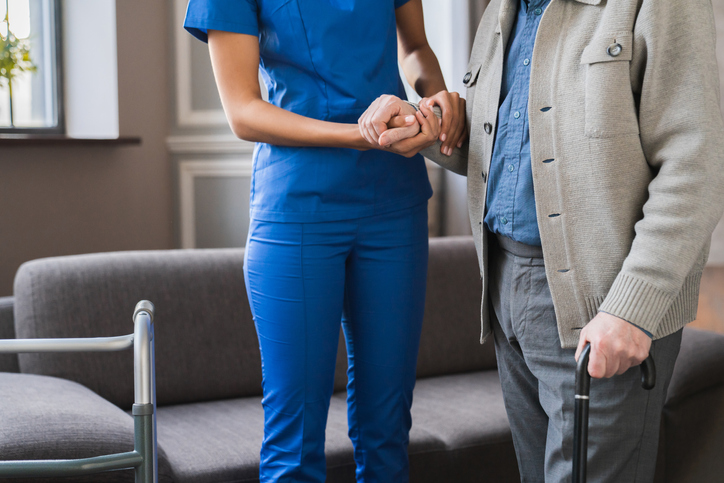 Parkinson’s disease is a nervous system disorder that affects a person’s ability to control bodily movements. Usually, the disease starts slowly and then worsens over time. As a result, people with Parkinson’s Disease might shake, have muscle stiffness, have trouble walking, lack balance, and have poor coordination.

In addition, you may develop symptoms such as difficulty speaking, sleep problems, memory problems, and depression as the condition progresses.

Who can get Parkinson’s Disease?

It can be challenging to tell if you or a loved one has Parkinson’s Disease. But, here are some early signs that you or someone you love might have the disease.

Tremors are considered a key sign of Parkinson’s Disease and involve a persisted shaking or twitching of your hands, legs, or head/chin. When tremors first start to appear, they can be very subtle and sometimes may not even be noticeable to anyone but the person experiencing them.

As the disease progresses, the tremors will gradually worsen, making some everyday tasks more difficult. Usually, tremors typically start on one side of the body and progressively spread to other parts.

Bradykinesia describes slowness or absence of movement and causes various symptoms such as stiffness of the limbs and slower movements. For example, a person with bradykinesia might walk slower or have difficulty starting movements.

Changes in a person’s walking pattern could be an early sign of Parkinson’s disease. Someone showing signs of early Parkinson’s disease may walk at an irregular pace, suddenly walking faster or slower, changing the length of their stride, or potentially dragging their feet on the ground as they walk – this is often referred to as a “shuffling gait.”

For your doctor to test if your nerve cells have been affected, they will perform something called a “pull test.” This test will involve your doctor slowly pulling on your shoulders until you lose your balance and then recording how long it takes them to regain their balance back. A person without Parkinson’s should recover after one or two steps, while people with Parkinson’s may take more steps to recover.

People who have Parkinson’s may experience several sleep-related problems, including:

People with Parkinson’s may have a reduced ability to make complex facial expressions, called “facial masking.” The facial muscles move more slowly than average, causing people with Parkinson’s to appear emotionless or blank-faced. However, they may be feeling emotions as normal, and this may cause difficulties communicating with others.

Loss of smell is one of the more common symptoms associated with Parkinson’s. Possibly even the most noticeable symptoms that are not related to movement. Loss of smell can become apparent several years before Parkinson’s affects a person’s movement. In addition, loss of smell does not always mean that someone has Parkinson’s disease. A sense of smell can change for many reasons, such as age, smoking, exposure to harsh chemicals, and more recently, COVID-19.

One of the most common symptoms associated with Parkinson’s is constipation, which does not do with movement/motor skills.

As previously mentioned, Parkinson’s lowers the body’s dopamine levels, causing movement problems, can also cause changes in mood and behavior. Some of these psychological symptoms that can be associated with Parkinson’s include:

Parkinson’s disease is a complex disease to diagnose, especially in its early stages. This is because the symptoms are subtle and sporadic. Knowing what signs to watch for, on the other hand, may motivate people to seek medical help before things worsen.